If you have successfully followed all steps 1 – 12 of this NSX-T Installation series – Congratulations! you have now completed the setup of all components i.e. NSX-T Management Cluster, Host and Edge Transport Nodes. Your efforts of spending valuable time in getting your hands dirty with NSX-T Datacenter are commendable! From here on, we will dive into the Second Phase, focusing on building logical network topology that I alluded to in Step 0 – High Level Design.

The previous step, discussed Edge Clusters, its scaling limitations and step-by-step instructions on how to configure one. This blog begins the Second Phase i.e. building the logical network topology and “Step 13” of this NSX-T Installation series, which will discuss T1 (Tier-1) Gateway, its considerations, SR (Service Router), DR (Distributed Router), followed by step-by-step instructions on how to create one.

The image below highlights the logical entity of the “Routing Design” this step focuses on: 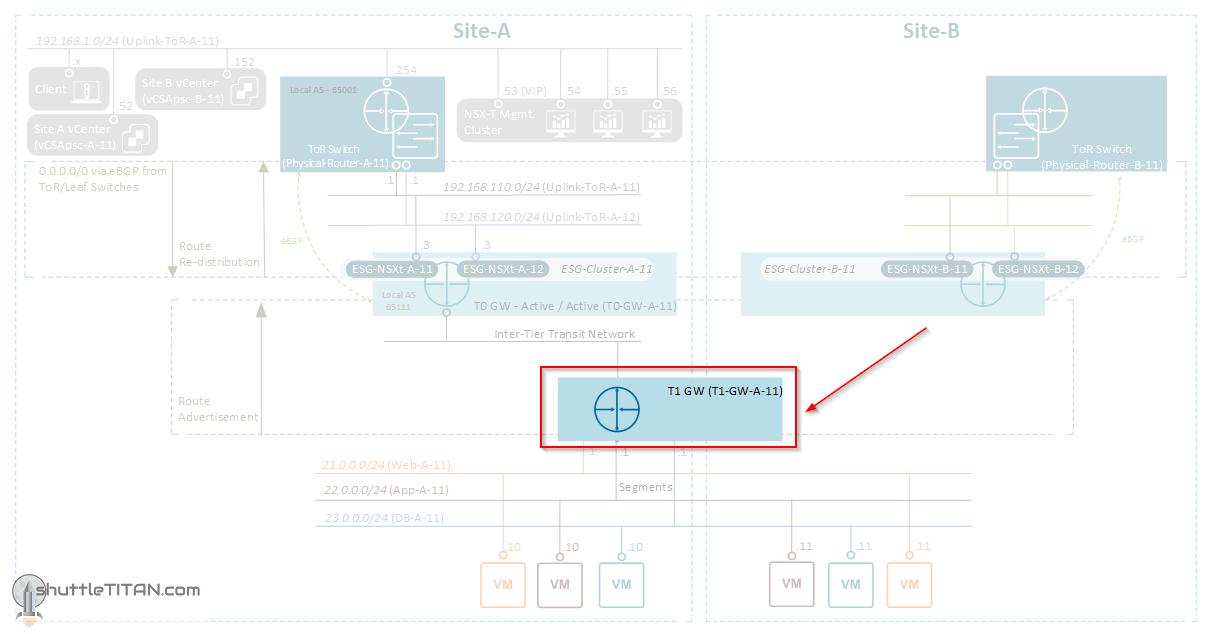 NSX-T v2.4 introduced quite a lot of changes, one of them was the new UI i.e. introduction of the “Simplified UI” (also known as Policy UI) and “Advance UI” (also known as Manager UI). If you are familiar with the previous versions of NSX-T (v2.3 and before), the “Tier-1 Router” is now referred to as “Tier-1 Gateway” in the new “Simplified UI” but is referred to as Tier-1 logical router in the “Advance UI“.

Background: Each logical router contains a services router (SR) and a distributed router (DR). A DR is distributed across all transport nodes that belong to the same transport zone and an SR is centrally instantiated on the Edge Appliance(s). An SR instance is required for services that cannot be distributed i.e. Physical Connectivity, NAT, DHCP, Load Balancers, etc.

If you would like to further deep dive in NSX-T routing, please see this blog by Amit Aneja. 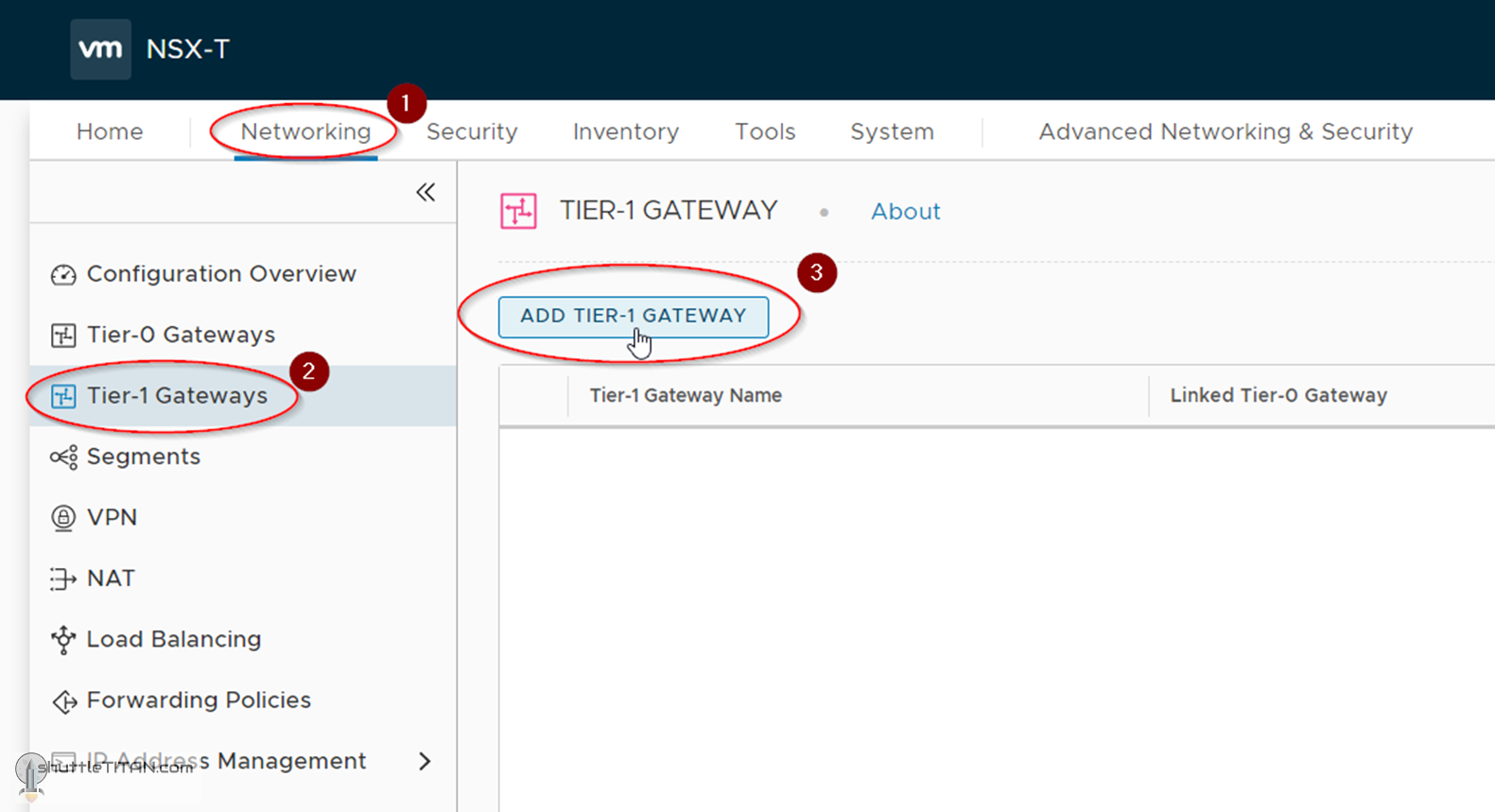 2. Specify the name as “T1-GW-A-11” and leave all other settings default, Click SAVE:

3. Click “No” when asked to continue configuring the Tier-1 Gateway:

Confirm the status, it should show “Up” when the Tier 1 Gateway is ready for use:

This concludes the short step of creating an NSX-T Tier-1 Gateway successfully.

Let’s proceed ahead with the next blog in this series Step 14 – Create Overlay Segments.