The steps 1 to 12 of this NSX-T Installation series focused on the setup of the NSX-T Datacenter components i.e.  NSX-T Management Cluster, Host and Edge Transport Nodes. From, Step 13 onwards, the focus shifted to building logical network topology that I alluded to in Step 0 – High Level Design.

The previous step, discussed T0 (Tier-0) Gateway, its considerations, SR (Service Router), DR (Distributed Router), followed by step-by-step instructions on how to create an active-active T0 Gateway. This blog is part of the Second Phase i.e. building the logical network topology and “Step 18” of the NSX-T Installation series, in which we will discuss “Why” we need to map BGP Neighbor to specific Uplink (External) Interfaces, step-by-step instructions on how to map and validate via command line.

OK, the Question “Why” this step?

By default, Tier-0 tries to establish BGP neighbor on all External (Uplink) interfaces available. If you have two(2) ToR physical switches and would prefer to have two interfaces per edge node, you would need to map the BGP neighbor to use specific Uplink (External) Interface which is done via “Advanced UI”.

Note: NSX-T v2.4 introduced quite a lot of changes, one of them was the new UI i.e. introduction of the “Simplified UI” (also known as Policy UI) and “Advance UI” (also known as Manager UI). If you are familiar with the previous versions of NSX-T (v2.3 and before), the “Tier-0 Router” is now referred to as “Tier-0 Gateway” in the new “Simplified UI” but is referred to as “Tier-0 logical router” in the “Advance UI“. 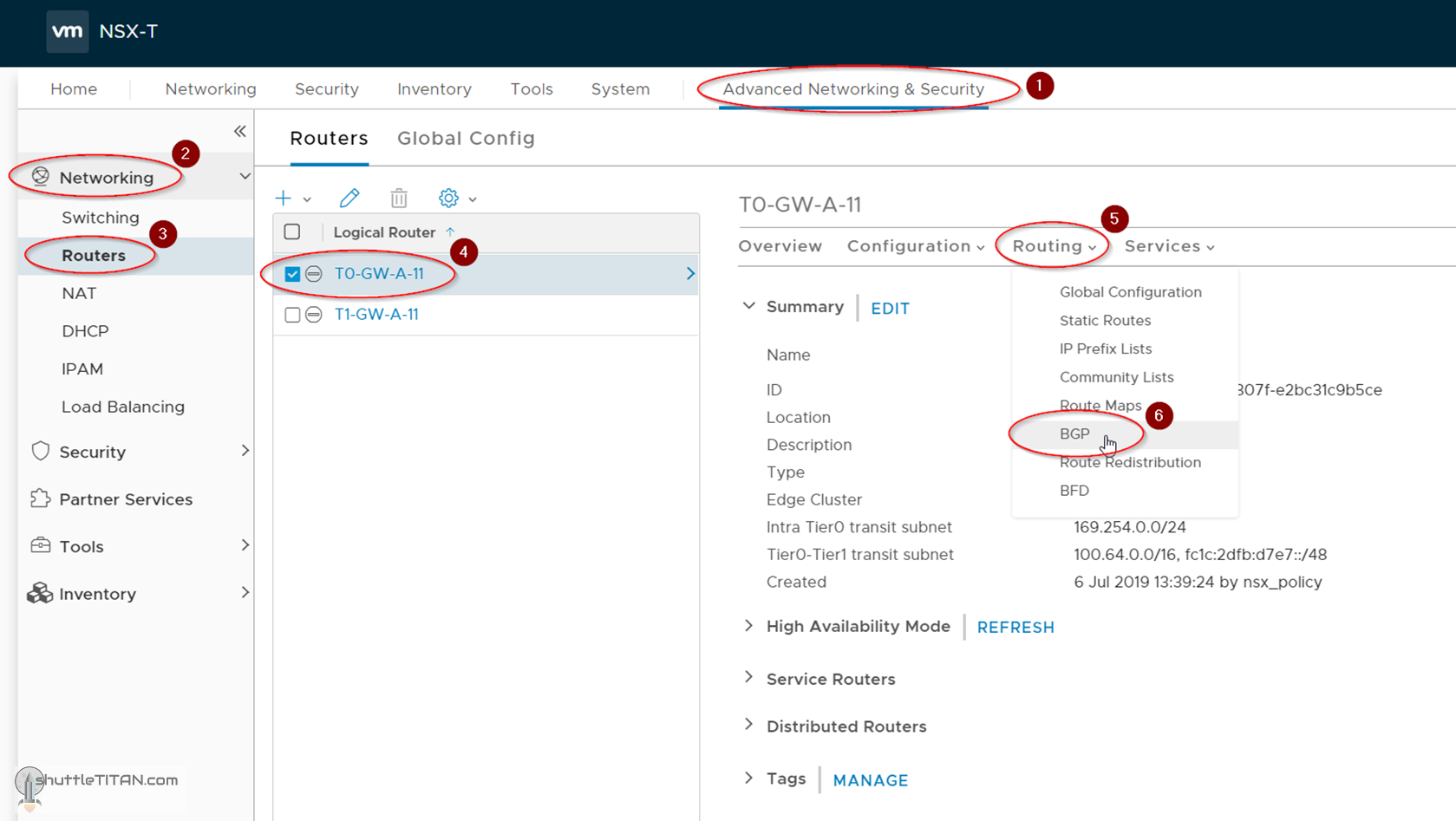 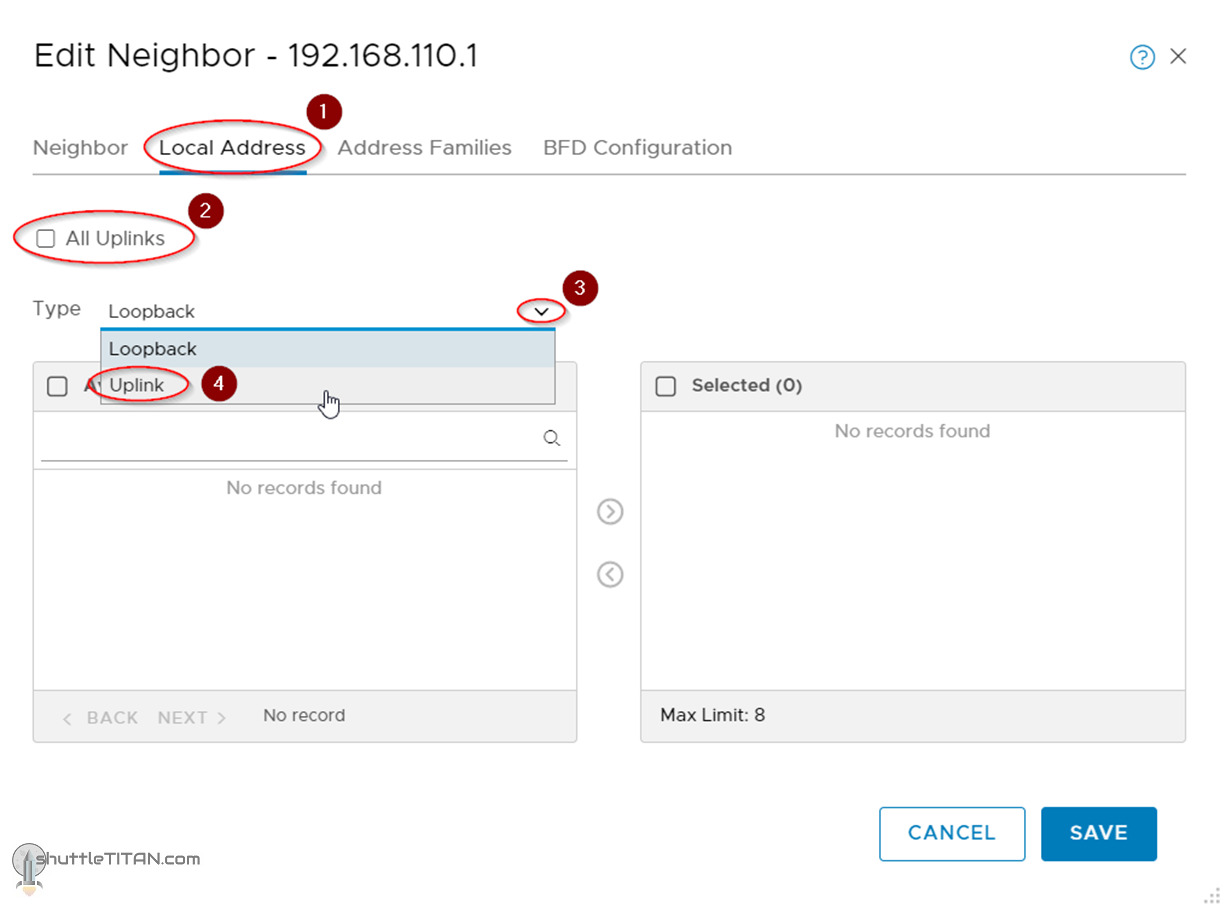 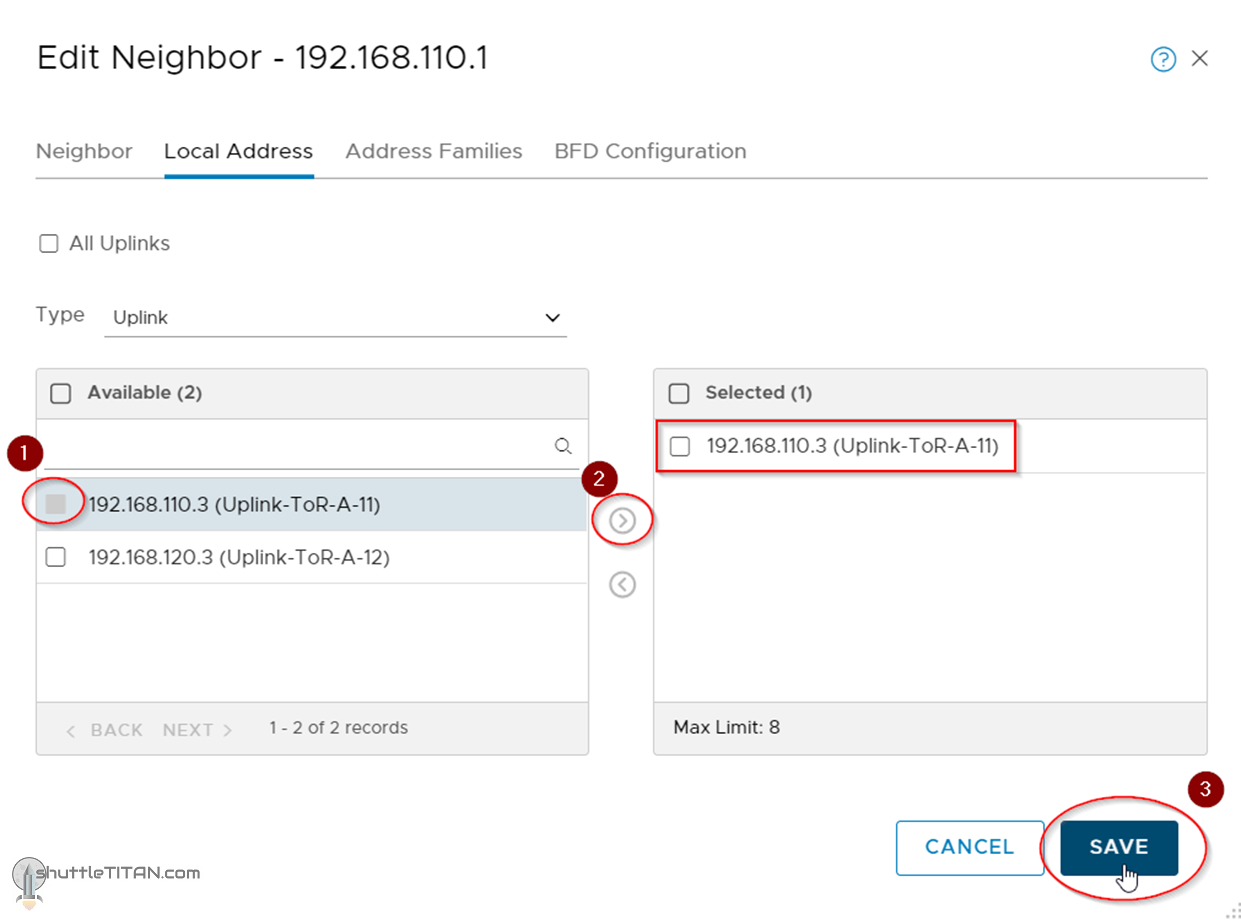 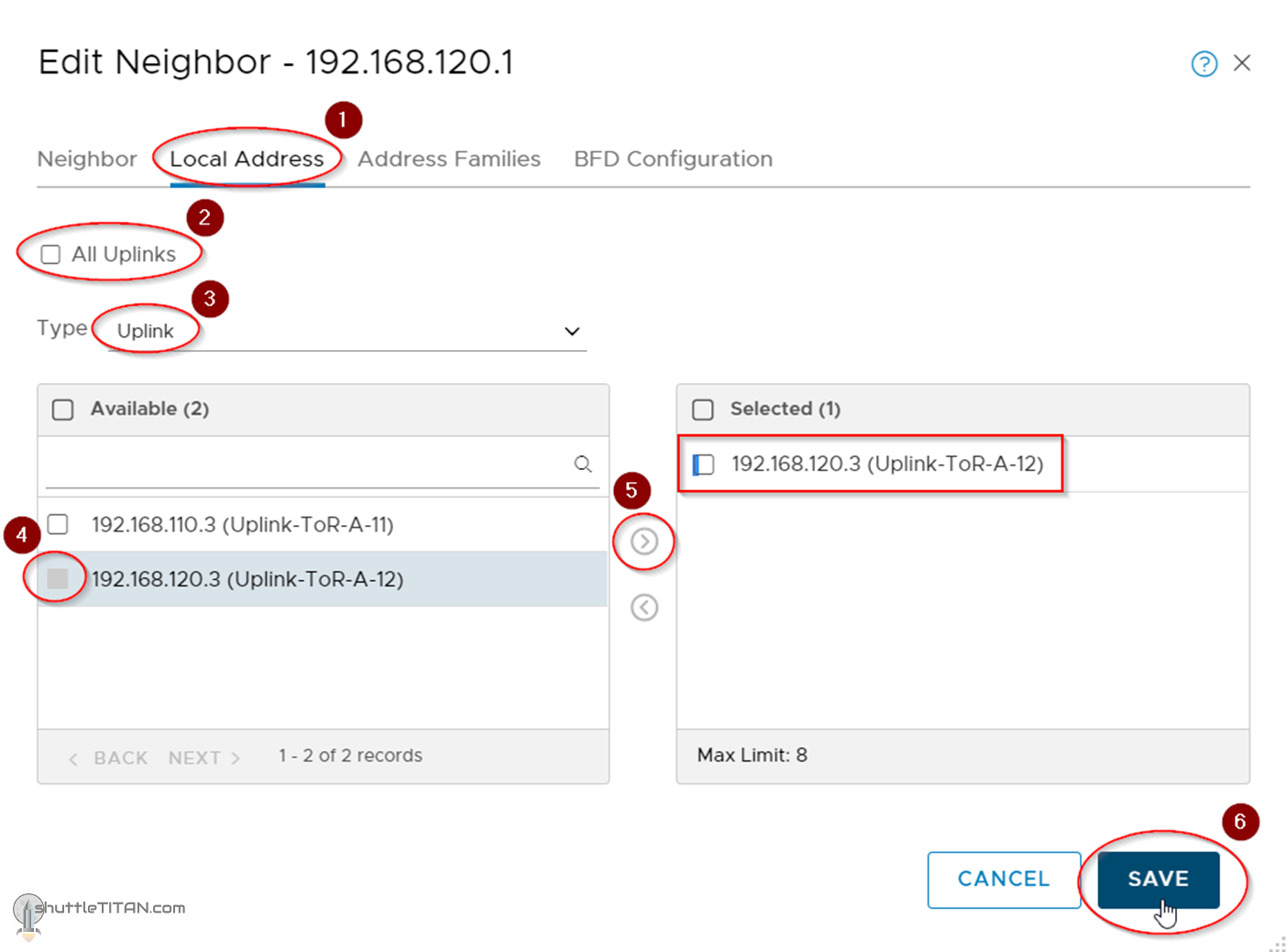 Let’s validate the BGP neighbour establishment via the command line:

Follow the same steps on the second Edge Node as shown in the screenshot below:

This concludes this step to map BGP neighbors to specific Uplinks and validate the configuration via command line successfully.