In the previous step, we deployed additional NSX-T Managers and formed the Management Cluster. This blog is the “Step 4” of the NSX-T Installation series which shows step-by-step instructions to configure “NSX-T Management Cluster Virtual IP” (VIP), how it works and its failure handling.

I wrote about the three deployment options of the NSX-T Manager and their use cases in my blog NSX-T Management Cluster Deployment: Part 2, we are now going to focus on configuring the internal “Virtual IP” to provide fault tolerance and high availability to the NSX-T manager nodes.

Let’s begin with the question – How does the VIP Work?
When we configure the NSX-T Management Cluster to use the internal VIP option, the NSX-T manager nodes become part of an HTTPS group to service all API and UI requests. One node of the Management Cluster assumes the ownership of the set VIP and all requests coming in from clients are directed to that node i.e. the leader node.

Failure Handling: If the leader node that owns VIP goes down, a new leader is elected which sends out a GARP request to take ownership of the VIP. The new leader node then receives all new API and UI requests from users.

With that, let’s get started… 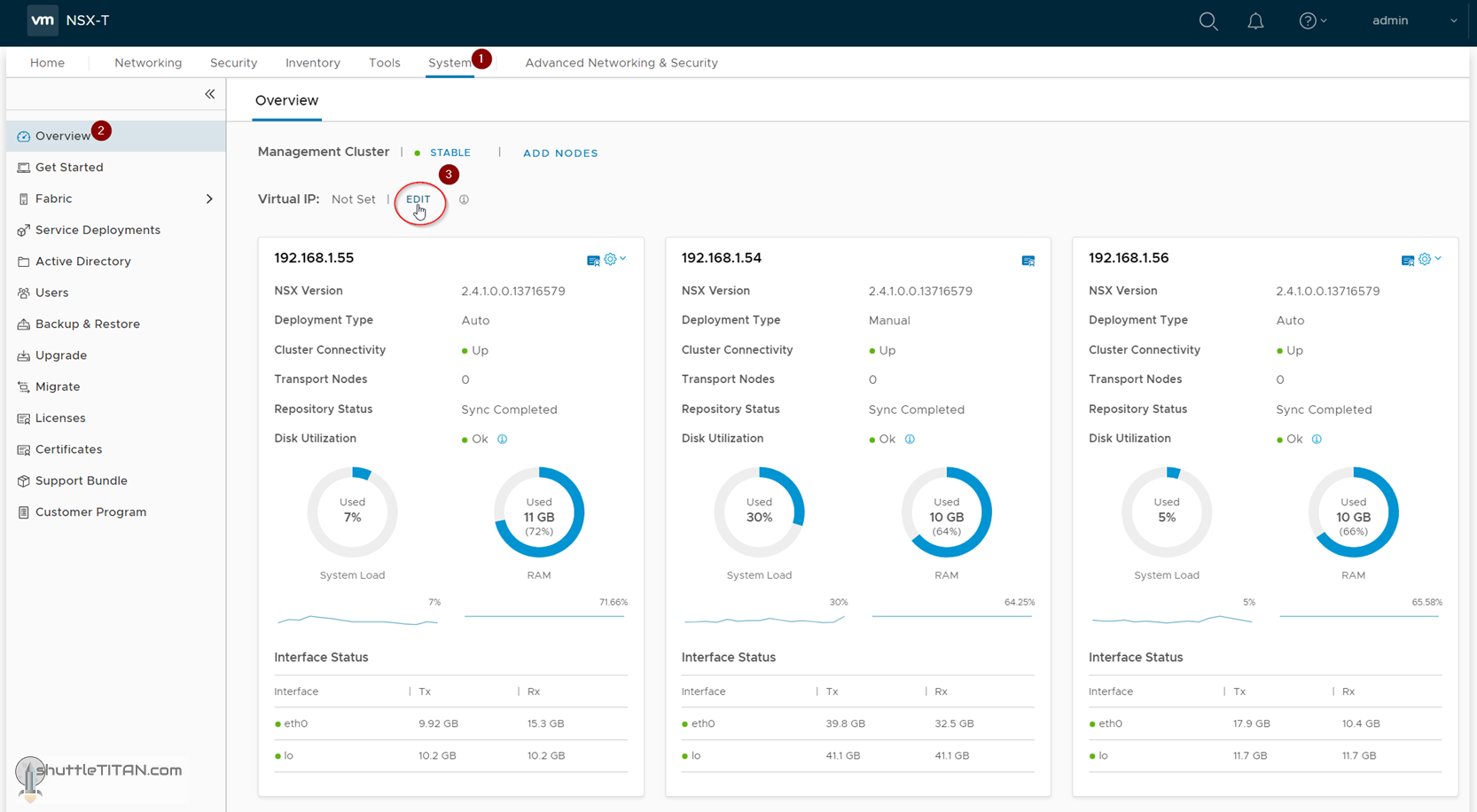 2. Specify the IP Address as appropriate and click “Save”:

3. NSX-T Manager will take some time setup the VIP and will display the message as shown in the screenshot below:

4. Refresh the NSX-T UI by clicking the “Refresh” button:

You may also be interested in identifying the NSX-T Management Cluster virtual IP leader node i.e. the node that owns the VIP at a given point in time, if yes follow this “quick tip” blog here.

Let’s proceed ahead with the next blog in this series Step 5 – Create IP Pools.