The previous step, showed step-by-step instructions on how to create “IP Pools” that are going to be used for “Tunnel Endpoints” later in the series. This blog is the “Step 6” of the NSX-T Installation series, where we will discuss “Transport Zones” (its types and limitations), N-VDS and step-by-step instructions to create vLan and Overlay Transport Zones.

Let’s begin with the question – What is a Transport Zone?

A transport zone limits the hosts on segments (known as logical switches) it can see and therefore which VMs can be connected to those segment(s). A transport zone can span one or more hosts clusters and a host can belong to multiple transport zones.

N-VDS stands for NSX virtual distributed switch, which allows for virtual-to-physical packet flow by binding logical router uplinks and downlinks to physical NICs. For both types of Transport Zones discussed above – when a host or NSX Edge transport node is added, an appropriate N-VDS is installed.

With technical background out of the way, let’s get started… 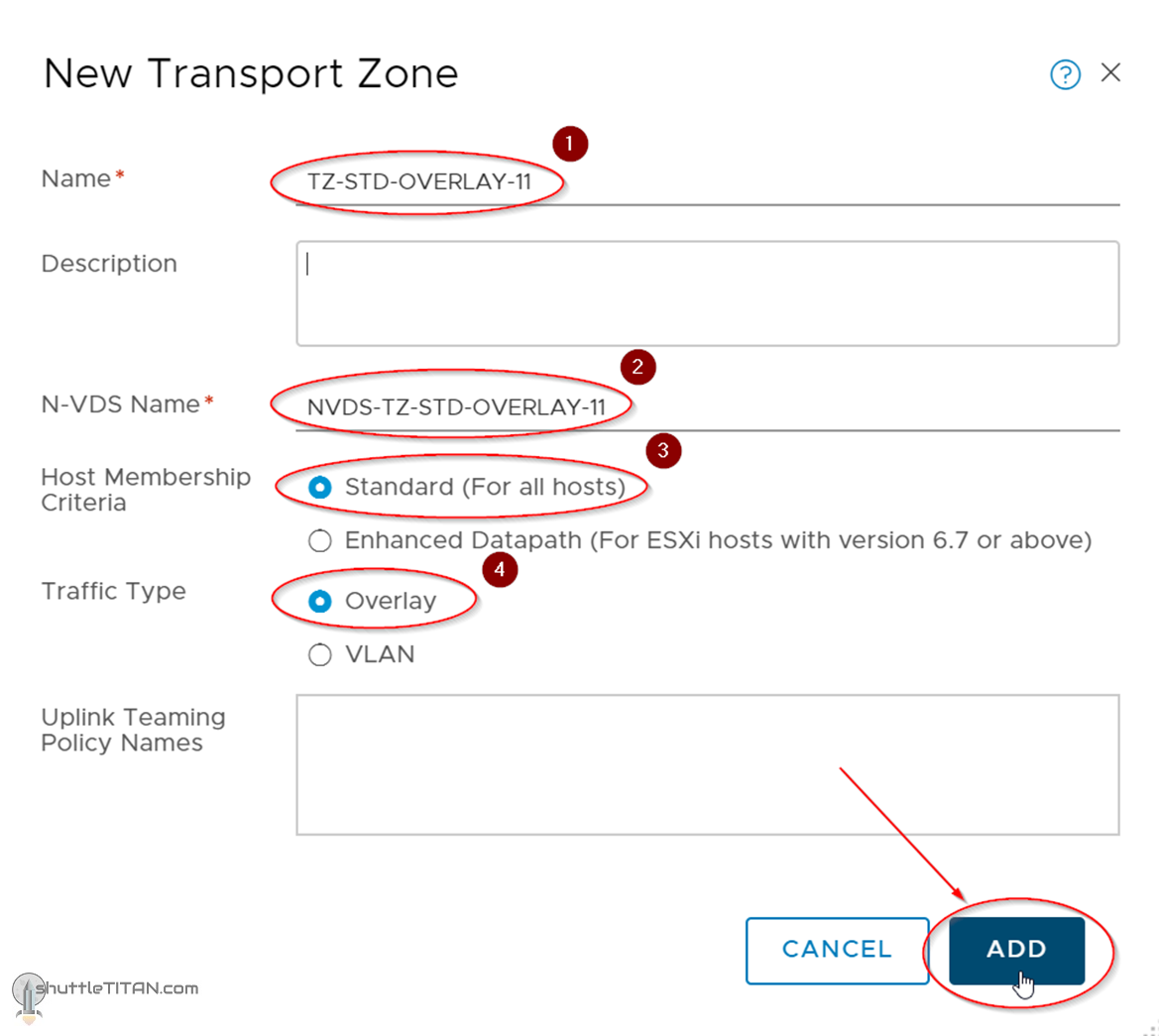 3. Upon successful creation, a message will be displayed as shown in the screenshot below:

Let’s create a VLAN transport zone by following same steps but selecting vLAN “Transport Zone” traffic type as depicted in the screenshot below: 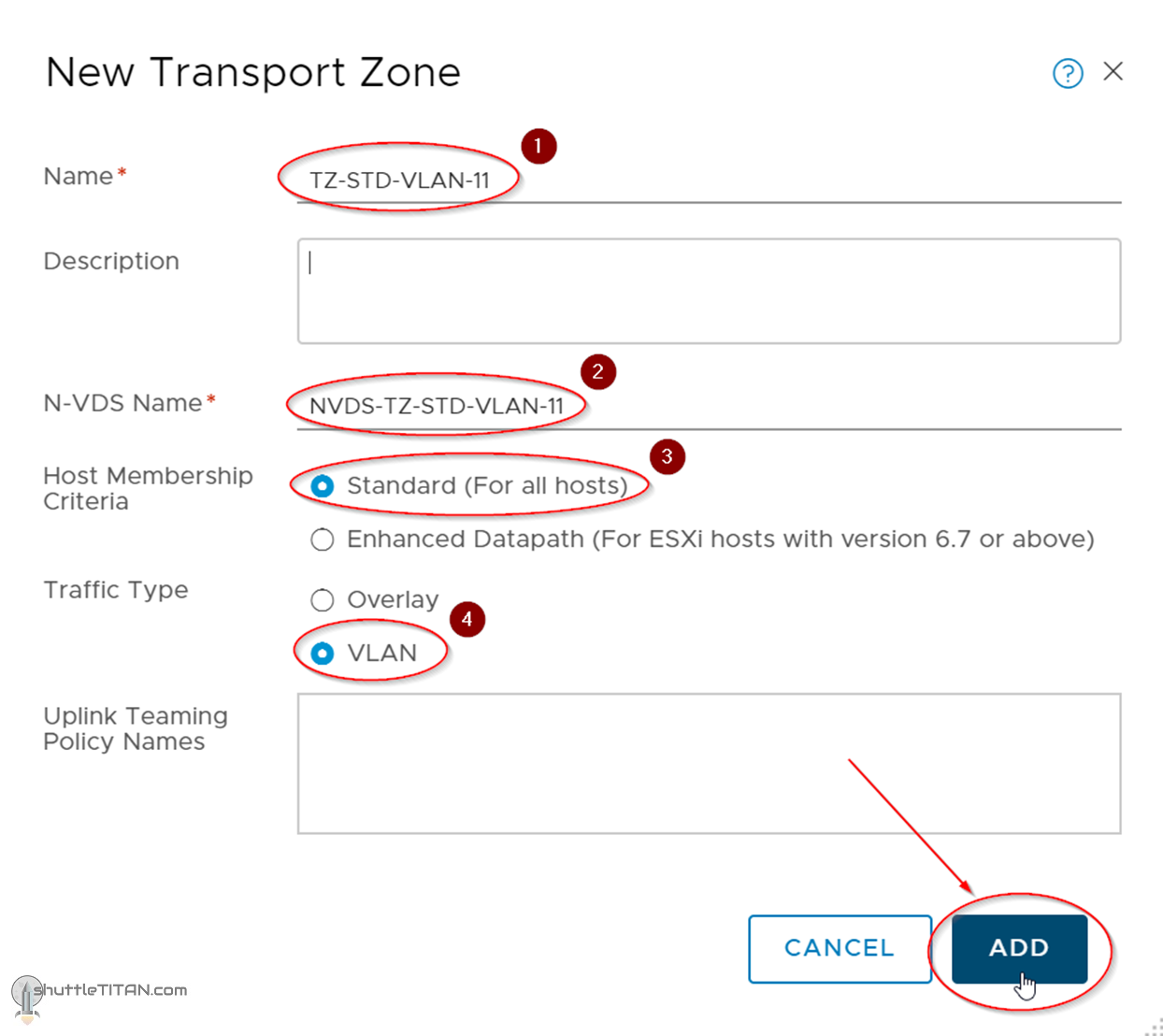 Following are the transport zones “to be” utilized in this installation series:

So far we have created the first two in the table above, create the remaining vLAN based transport zones as shown in the screenshot below:

This concludes this step of creating Transport Zone successfully.

Let’s proceed ahead with the next blog in this series Step 7 – Create Uplink Profile.