In versions prior to NSX-T v2.4, four appliances were deployed based on roles i.e. one management appliance and three controller appliances, that were to be managed for NSX. From v2.4 – The NSX manager, NSX policy and NSX controller role were consolidated in a single unified appliance which can now be scaled to a three-node cluster for redundancy and high availability. The desired stated is replicated in the distributed persistence database, all configuration or operations can be performed on any appliance: 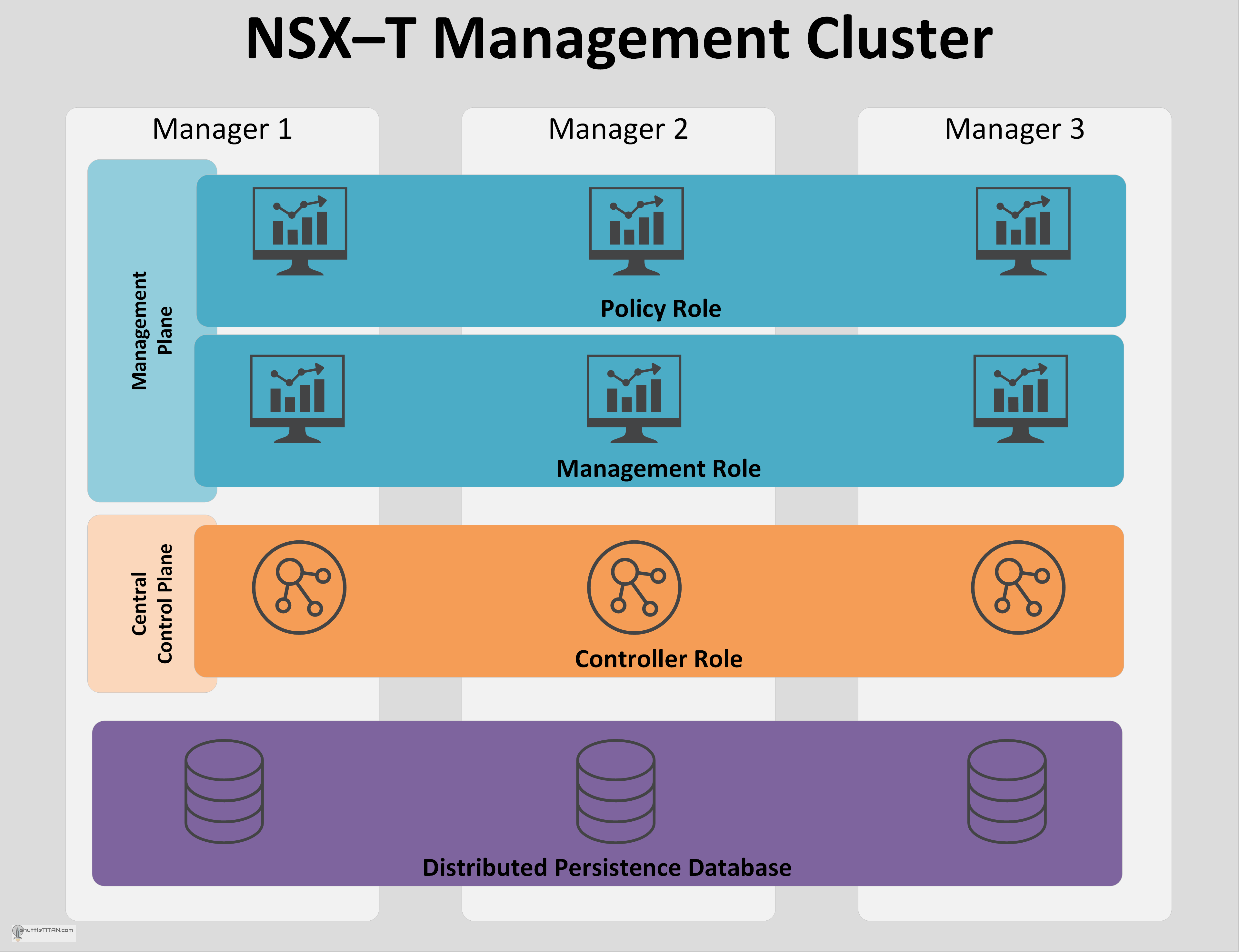 Benefits of having a unified appliance cluster:

Policy Role:
Provides Network and Security Configuration across the environment and is addressed from the new “Simplified UI” for achieving the desired state of the system.

NSX Manager Role is responsible for:

The CCP (Central Control Plane) maintains the realized state of the system and is responsible for:

The Transport Node to Controller node mapping is done via an internal hashing algorithm. When a controller node fails, the sharding table is re-calculated and the load is re-distributed between the remaining controllers, the data plane traffic continues to operate without disruption as illustrated in the image below:

The Transport Node TN3 and TN7 are now distributed to Manager 1 and Manager 2 controller plane respectively.