In this blog post, we will discuss NSX-T Controller recommendations, important considerations, process, methods and pre-requisites, followed by the step by step instructions.

If you are new to NSX-T, I would also encourage you to refer my NSX-T Architecture blog post to get a bit more understanding and touch bases on its architecture briefly.

NSX-T Controllers serve as the “Central Control Point” for all logical switches within a network and maintain the information about all hosts, logical switches, and logical routers. They control the devices that perform packet forwarding. These forwarding devices are known as virtual switches. Virtual switches, such as NSX managed virtual distributed switch (N-VDS, previously known as hostswitch) and Open vSwitch (OVS), reside on ESXi and other hypervisors such as KVM.

Before jumping onto the deployments steps lets discuss a couple of the recommendations of NSX-T Controller deployment in production environment:

For a Lab or proof-of-concept deployments where there are no production workloads, it is acceptable to run a single controller to save resources.

Process of NSX-T Controllers is as follows:

Different methods to deploy NSX-T Controllers and forming its cluster:

For this blog post, we will use the first method i.e. “Automated via NSX Manager UI”

The Prerequisites of “Automated installation of NSX-T Controllers” via NSX Manager UI are as follows:

With that, lets get started… 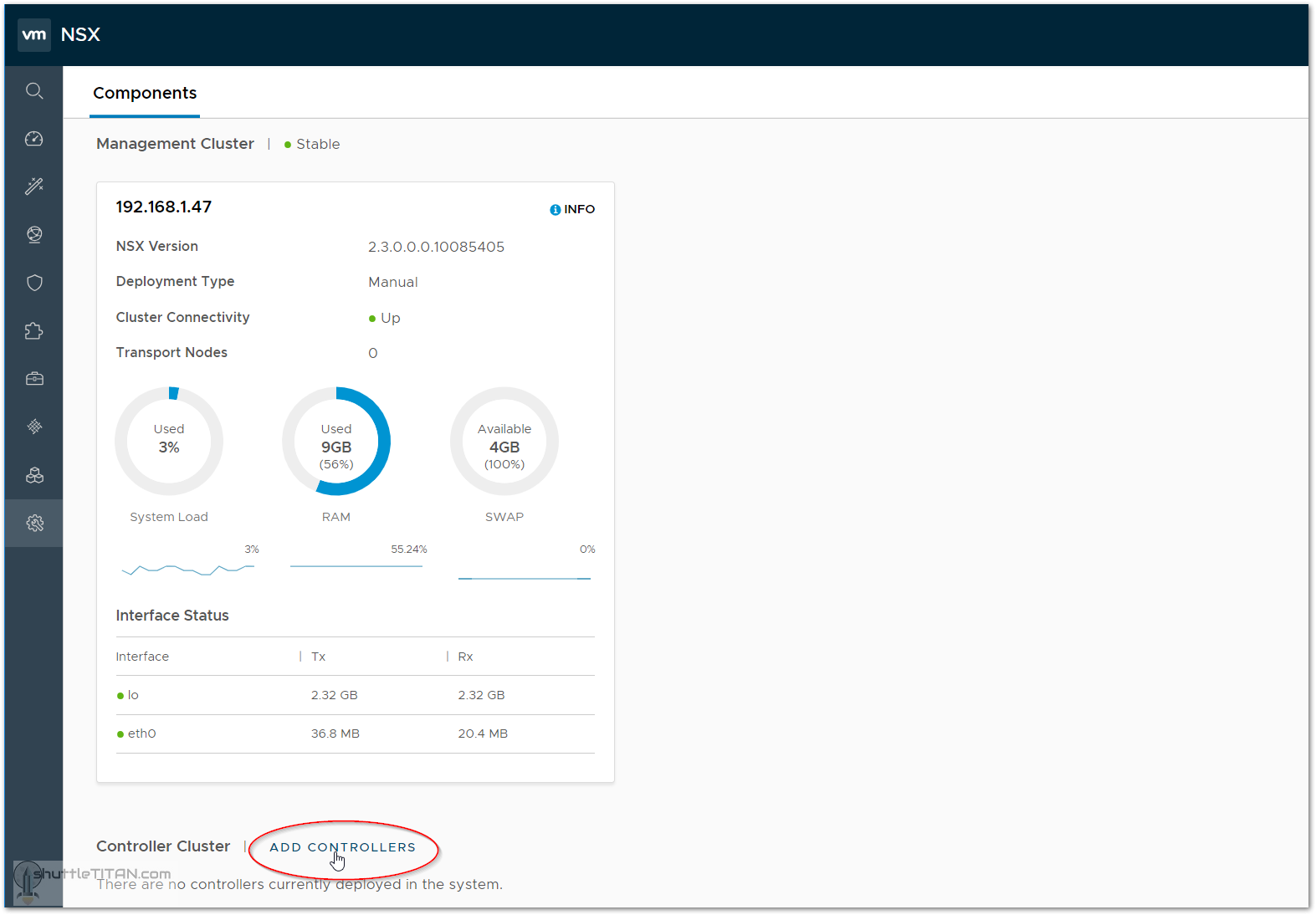 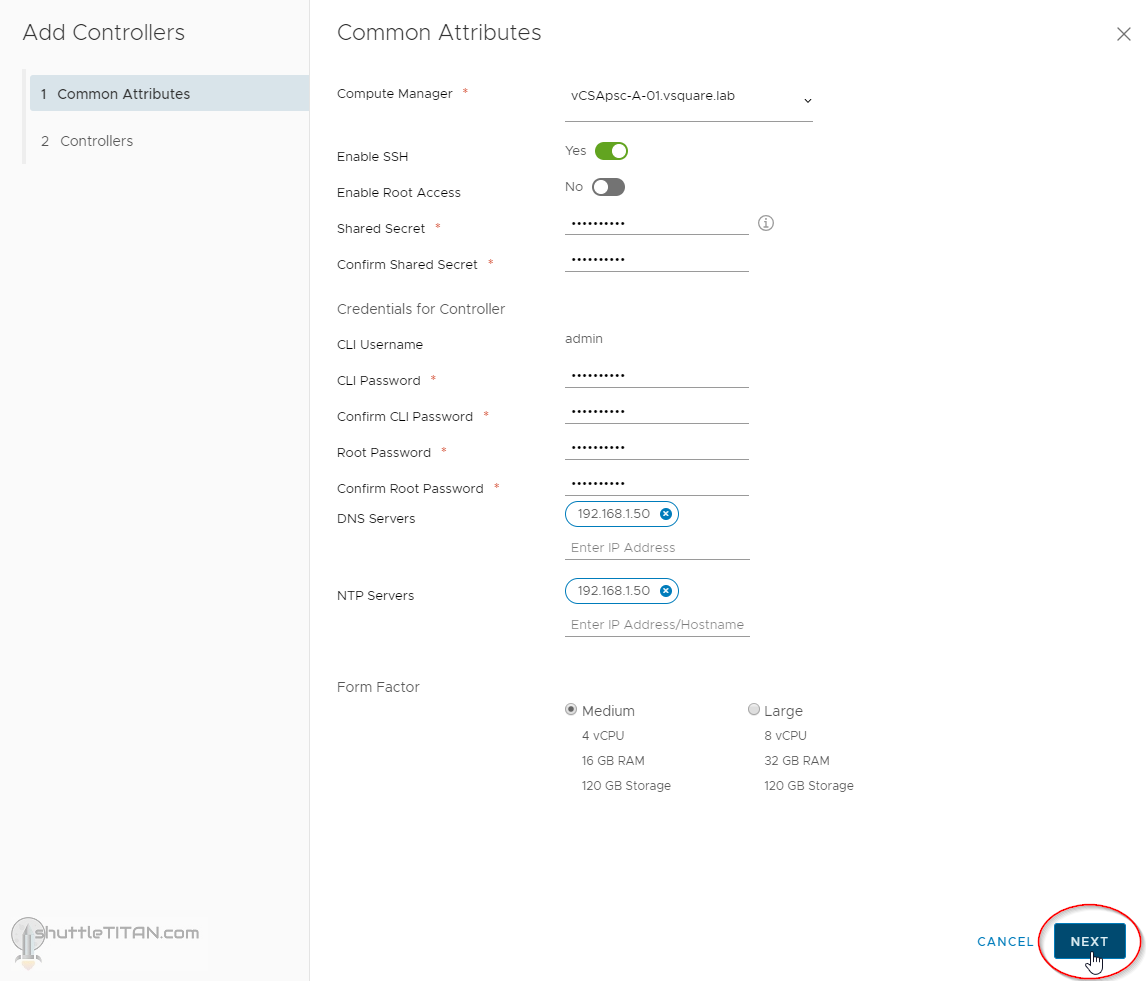 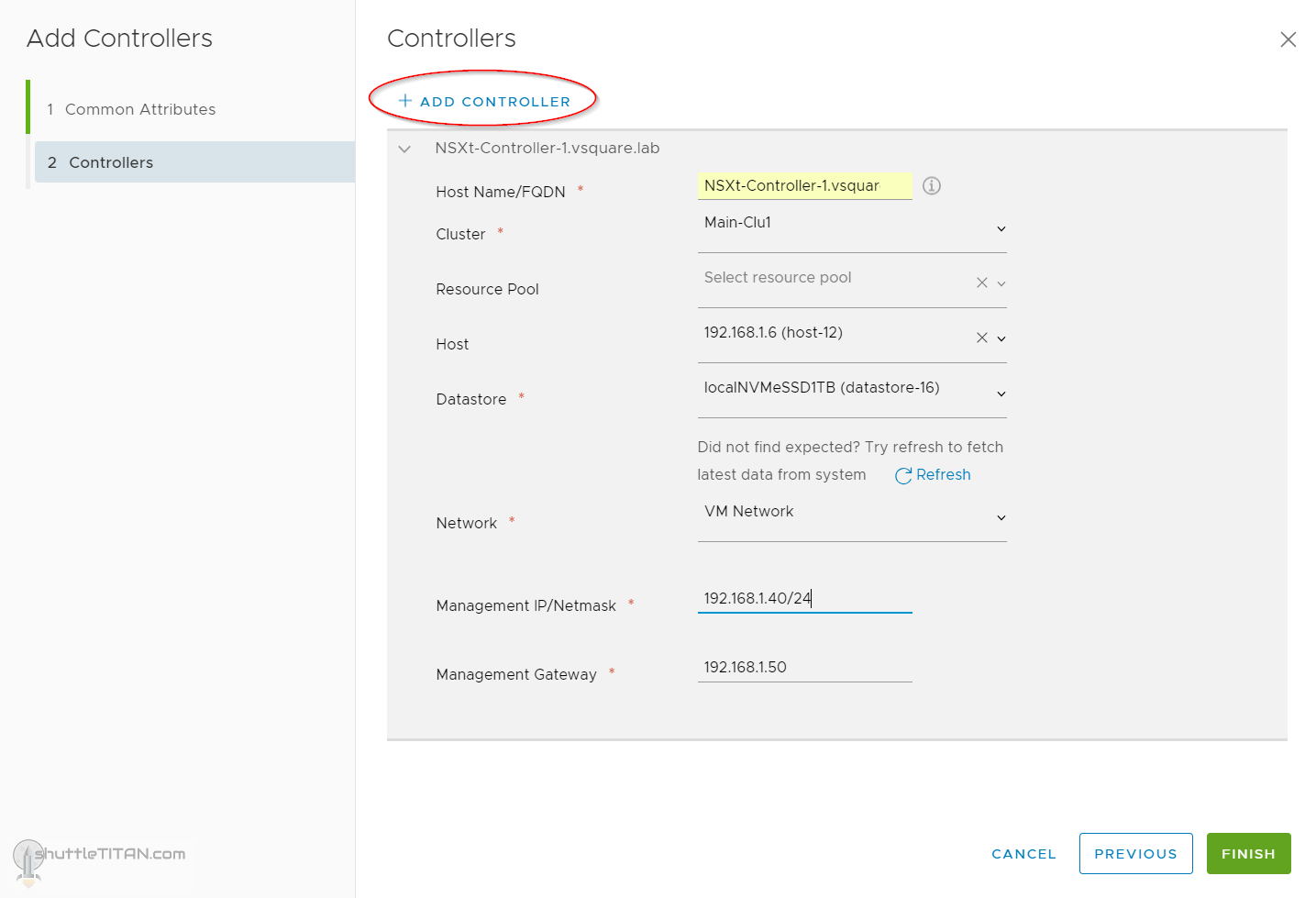 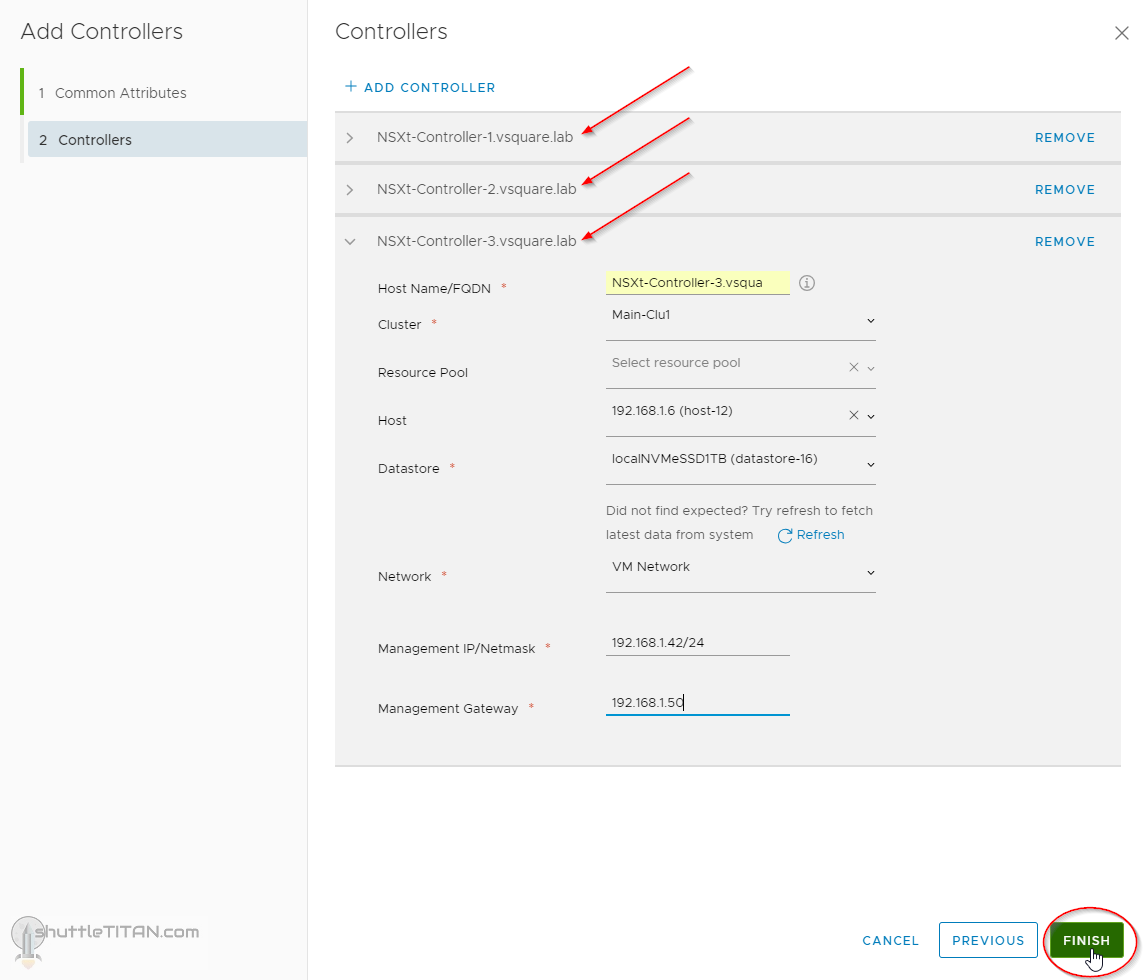 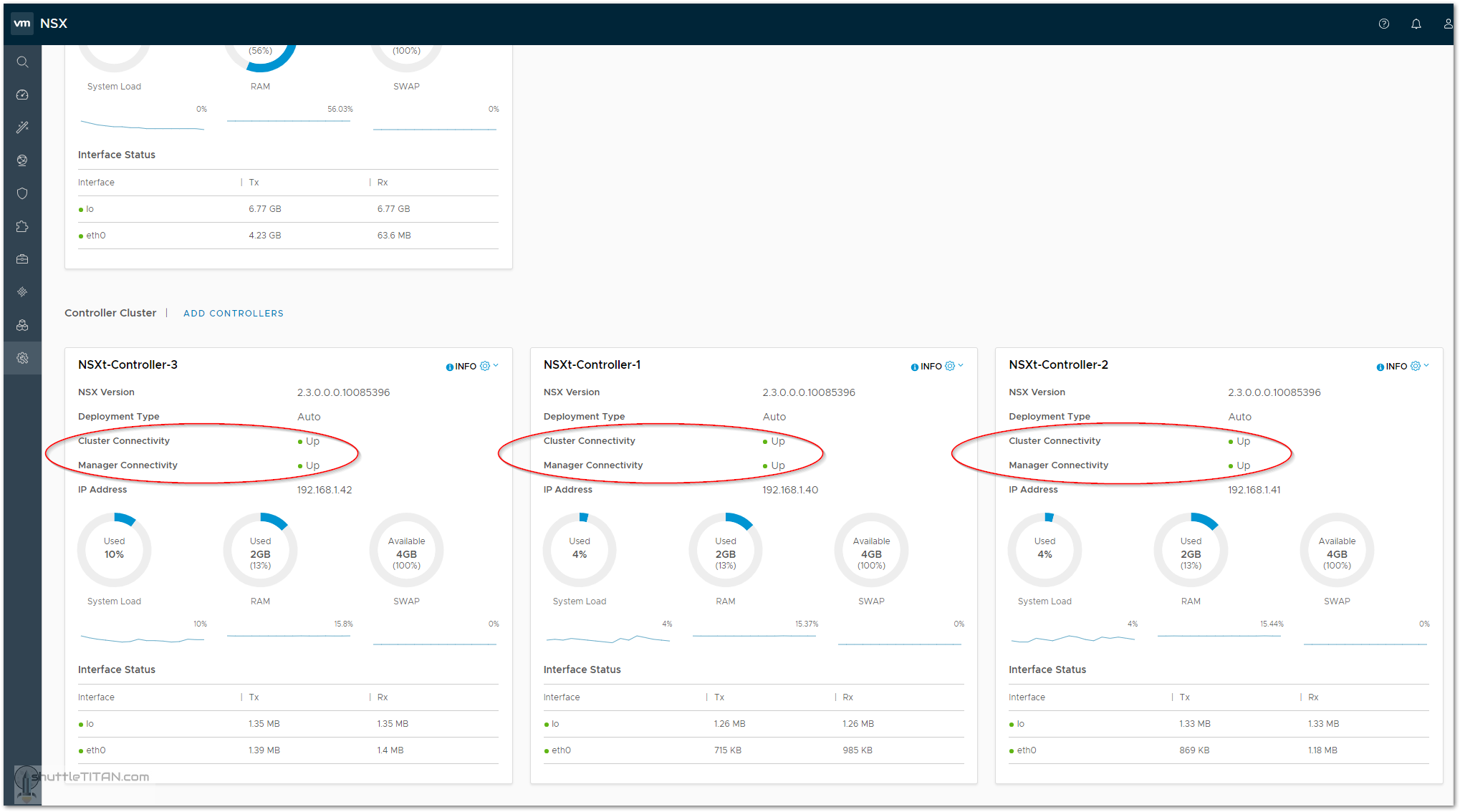 NSX-T Controller status can also be verified via “command line” by following the optional steps below: 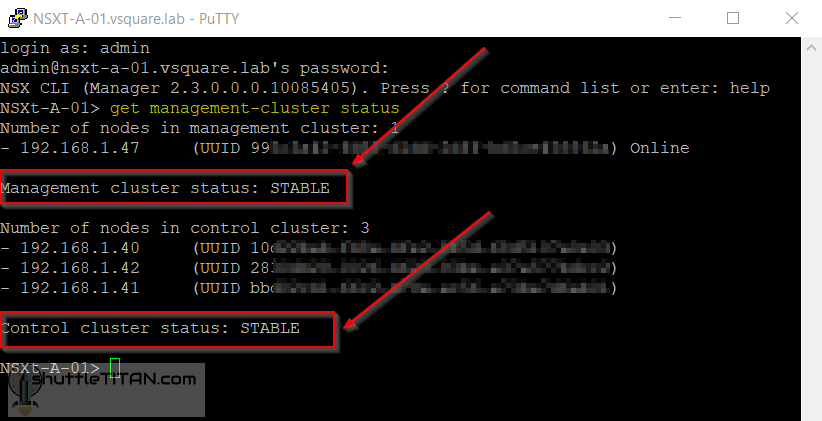 As shown in the screenshot above all three controllers IPs and UUIDs will be displayed, and the “Management cluster status” and “Control cluster status” must show “STABLE” 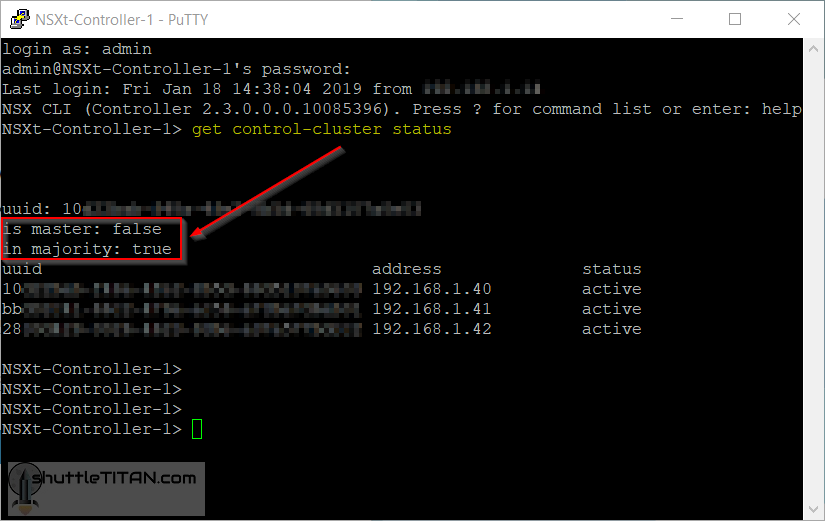 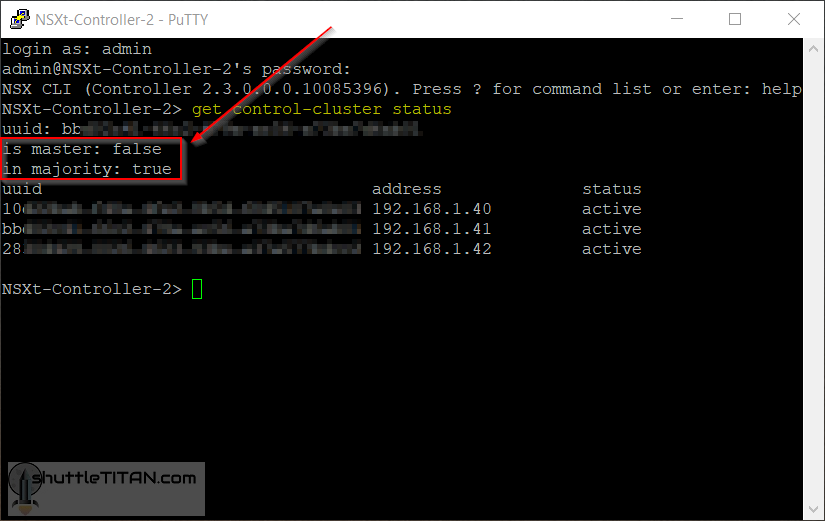 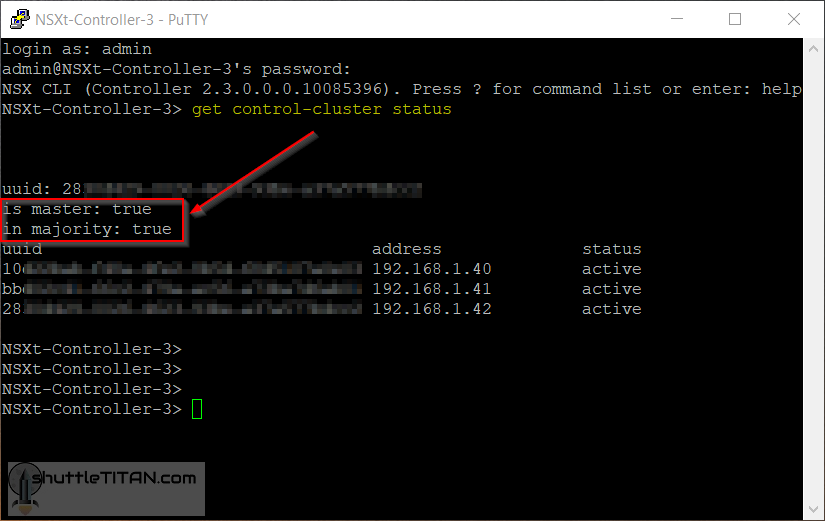 From the screenshot above we can see that the “NSXt-Controller-3” is the “Master Node” between the three NSX-T Controllers.

To view the next step click Step 4 – Host Preparation